skip to main | skip to sidebar

"Wolverton Mountain" was a hit that launched Claude King's career in the US in 1962. The song was written together with Merle Kilgore and was based on a real character, Clifton Clowers, who lived on Wolverton Mountain in Arkansas. The song spent nine weeks at the top of the Billboard country chart in the US in 1962. It was also a giant crossover hit, reaching number six on the pop chart and number three on the easy listening chart.

Clifton T. Clowers was born on 30 October 1891, at Center Ridge, Arkansas, son of Thomas Jefferson and Mary Prince Clowers. In July 1919 he married Esther Bell. He was a veteran of World War I and a Deacon in Mountain View Baptist Church. He became immortalized in the 1960s when his nephew, Merle Kilgore Clowers, wrote "Wolverton Mountain". He lived most of his life on a farm located on the northern edge of the mountain, the mountain's name being spelled Woolverton. On his 100th birthday, Clowers was visited by the writers of the song, Claude King and Merle Kilgore.

Clowers died aged 102 on Monday, 15 August 1994 at his home in Clinton, Arkansas, and was buried at the Woolverton Mountain Cemetery. 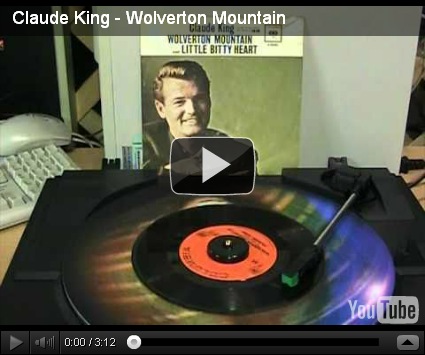